As I’ve said before about the job as a photojournalist, it beats working. And, not that we don’t work hard, we do, it’s just if you love taking photos as much as I do, it’s not work.

2020 was a very unusual year for photojournalists with so many events being canceled, or not being attended by fans, and so many new things to try and cover — like car birthday parades — but 2021 started to look a little more normal.

Here are my 21 favorite photos of 2021. To see more photos from each event, click on the link in the description.

As much as I’m not a big fan of cold weather — I grew up in the Southwest — I love to see what Mother Nature can do with it, and nothing beats ice sculptures on the shores of Lake Erie. It happens almost every year, and I always force myself to fight the urge to sit inside and stay warm, and go out and enjoy nature’s art.

One of the best things about covering high school sports is the athletes are so intense and emotional. They aren’t in it for the money, they are in it because they love the sport and give it their all.

A few times a year when Northeast Ohio gets a heavy snowfall, I head to get photos of the beauty, and the mess, that it creates. This year I was lucky enough to spot a pack of coyotes in the Cleveland Metroparks’ South Chagrin Reservation looking for a meal in the snow.

Indians first baseman Josh Naylor put in a little extra effort on this pop fly attempt against the Yankees. Fans were allowed back to the games in 2021, although it looks like from what they’re wearing it was the weather that left many empty seats, not COVID restrictions. He did not make the out.

The NFL Draft came to Cleveland this year, and the Draft Experience drew thousands of guests downtown throughout the week. This little girl has a long ways to go to fit into that uniform, but who knows, she might just be the first female NFL player picked in the 2035 Draft.

It’s not often I get two favorite photos of the year from one event, a non-scheduled event no less, but I happened upon a spectacular rain storm approaching Cleveland over Lake Erie, as well as the amazing sunset it left behind. If you check out the gallery from the storm, you can see how quickly things changed in about an hour’s time.

Simple is sometimes the best

I’ve covered a lot of concerts over the years, and although most venues were still closed in the early months of 2021, some smaller venues, like The Winchester in Lakewood, began hosting small, socially-distanced concerts. And considering the lighting and stage setups are nothing like that at Blossom, or Nautica, I came away with one of my favorite concert photos. It’s simple, but very artistic.

My favorite part of covering high school sports is the emotions of players on the winning team. For many of them, this will be the biggest sporting win of their athletic careers, and they don’t hold back.

The sky’s the limit

Although the weather forecast called for partly cloudy morning skies, I wasn’t going to give up on catching the partial solar eclipse that was going to rise over Cleveland on June 10. I’ve always been fascinated by solar eclipses, and even took my kids to the center point of the 2017 total eclipse in Hopkinsville, Ky.

Every year around July 4th, the Indians — now Guardians — thrill fans at games with a spectacular fireworks show. I’ve photographed from inside the stadium, and it’s pretty cool, but this year after the July 2 game, I decided to get out as quickly as possible and find a different vantage point for the photos. I ended up a mile or so south of the ballpark where I was able to get some of the Cleveland skyline into the photos with the fireworks. Fireworks are part of the big events that returned in 2021 for families to attend.

Cleveland Indians legend Rocky Colavito was honored in Little Italy with a statue in August 2021, which was long overdue. Colavito still has many fans who remember his career as an Indian from 1955-59, before being traded to the Detroit Tigers.

This is another one of those rare occasions where I came away with two of my favorite photos of the year. It’s easy to get dozens and dozens of great photos at the air show every year, and 2021 was no exception. In the top photo, the clouds helped take a mundane photo of the Thunderbirds flying through the sky and give it some nice background. And in the second photo, I mean, who doesn’t love a massive explosion and fire — which actually caught me by surprise.

This is a photo that looks like it belongs to the 1990s. I’m sure Cavs center Jarrett Allen has a smartphone with a camera, but he opted for an inexpensive little point and shoot camera to capture his first media day as a Cavalier. It looks so tiny in his hands too.

Concerts are among my favorite events to cover

In another example of simpler is better photos, this photo of MUNA’s Katie Gavin is about as simple as it gets. It’s the emotion by Gavin that makes this photo. I’m sure she has performed hundreds of shows, but apparently she still feels the music deeply as she performs yet another time. Gavin was performing with Phoebe Bridgers at Jacobs Pavilion at Nautica.

Sunsets and silhouettes are my favorite

As I was leaving the debate between Cleveland mayoral candidates Justin Bibb and Kevin Kelley, I walked onto Euclid Avenue and caught a great sunset. I ran up and down Euclid trying to get the best angle and foreground that I could, and you can’t go wrong with that chandelier in a photo.

I’ve covered the Cleveland Marathon many times, but I think this was the first time it started before sunrise, which made it extra challenging to photograph. I had to search for places there was a lot of ambient light, or in the case of this photo, opt for a silhouette of the runners crossing the Shoreway on the first loop of the race.

Sometimes the fans are the show

Recently at a lot of the concerts I photograph, we have to shoot from near the soundboard due to COVID concerns by the artist. At the Genesis concert in November at Rocket Mortgage FieldHouse, this one particular fan in front of me was really getting into the music, and combined with the eerie lighting, made for a visually interesting photo.

You can’t win ‘em all

The saying “You can’t win ‘em all” didn’t apply to the Kirtland Hornets football team over the past few years. The team was on a 50-plus game winning streak, and many of their players had never lost in high school. That came to an end when they were upset by Versailles in the Division V state championship game earlier this month.

I’ve covered a lot of football — pro, college and high school — and I’ve only seen a game or two decided as the clock ran out. Unfortunately for Cleveland fans, this happened in the Browns game against the Las Vegas Raiders when the Raiders came from behind and converted a field goal as time expired to win, 16-14. I spent 3-4 hours shooting a game, and it’s what happened in the last three seconds that made this photo.

I hope you enjoyed my favorite photos from 2021. Feel free to email me at [email protected] if you have any questions about the photos. Happy New Year! 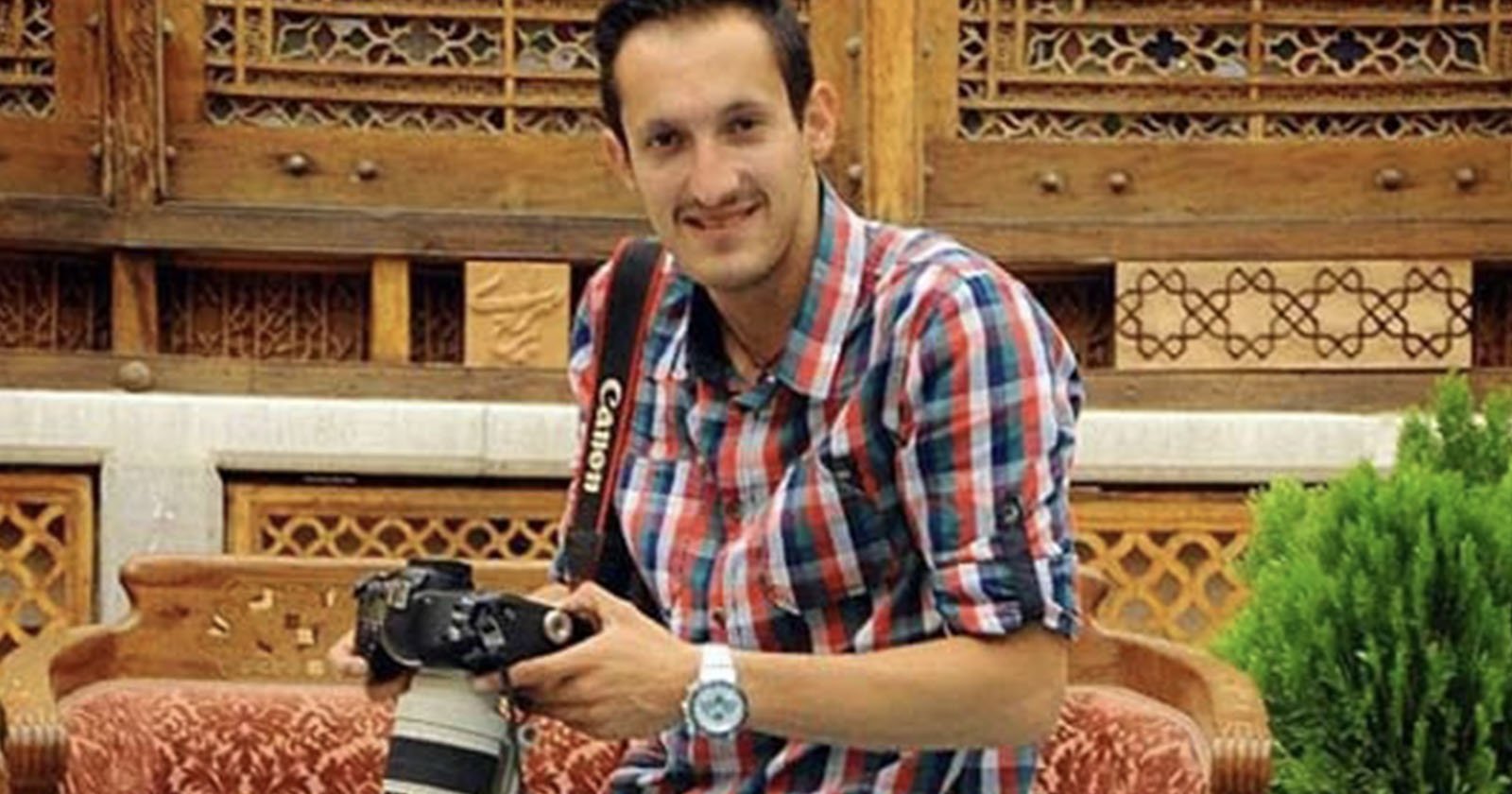 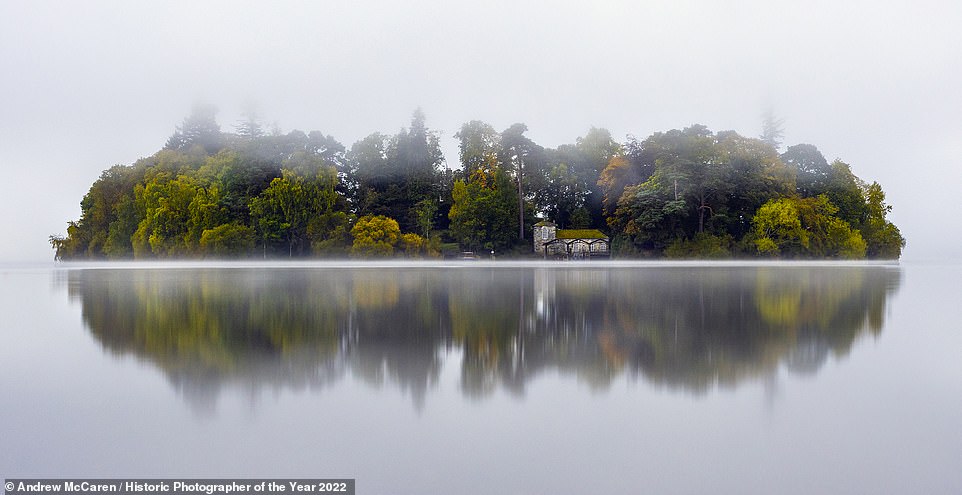