The aftermath of the 2022 Presidents Cup will not produce tear-jerking essays or over-the-top hyperbole about the future that resulted from last year’s Ryder Cup, but an event that ended in a ninth consecutive United States victory was still a massive success. If one looked exclusively at the Wikipedia of the Presidents Cup’s history, it would be easy to deem the event a bit of a failure; however, that would completely ignore the unique setup of team events and why they are notably entertaining.

At some point over the last 10 years of covering Ryder Cups, Solheim Cups and Presidents Cups, it became apparent that even most (not all, but most) blowouts at these team competitions feel close until the end. They also seemingly always feature bizarre moments that will inevitably take place before their conclusion.

On Saturday afternoon of this year’s Presidents Cup, just after Tom Kim poured in the putt of the week to cap the day of his career, the chances of the International team winning the Presidents Cup improved from 3% to 3.6%, according to Data Golf. And yet, because of what happened at the 2012 Ryder Cup, and because it felt like Kim couldn’t lose, and because we like believing in sports miracles, it felt a lot closer than that.

Fast forward to Sunday. Despite Jordan Spieth and Patrick Cantlay picking up singles points in routes, Justin Thomas was on the ropes against Si Woo Kim, and there was a swath of black and gold on the board as the afternoon wore on. It felt like it was truly getting close and that the Internationals had a real chance of winning 8.5 points in singles their first event of the century.

The Americans’ odds of winning never dropped below 89% and mostly stayed well in the 90s, according to Data Golf. Even the International team winning 8.5 points in 12 matches against 12 players who are all in the top 25 in the world, as it turns out, was an extremely difficult ask.

This is the part where you holler about how events aren’t played on paper. While that’s true, probability models also provide a reality check on our emotions. Unlike us, they don’t project based on momentum or feeling or acknowledging how many times Si Woo has fist pumped J.T.’s soul but rather on skill and math. While the intangibles of sports seemingly affect myriad games and events we’ve watched over the years, we underrate the tangibles — what matters most — mostly because we want to believe.

This is where the beauty of how team golf is scheduled comes into play. You can talk yourself into a particular match flipping or certain evens transpiring other ways. If you ignored reality — and I almost always want to ignore reality during events like this one — then the event was quite exciting. That’s because team events are set up to become increasingly volatile in terms of point distribution. Nearly half the points available at a team event are in play over a tiny five-hour stretch on Sunday afternoon, and the rest of the week seems to crescendo into that window.

As long as you don’t get a true rout, which does sometimes happen, hope almost always stays flickering for longer than it should. Even in five-point victories (considered blowouts in team competitions like this one), you can talk yourself into it. That can be both beautiful and tragic.

“This week, you know, we were in a tough spot on Friday,” said International captain Trevor Immelman. “We showed a lot of guts to fight back. At some point, I don’t know about you guys, but at some point this afternoon I thought there was still a chance. And when you consider that we were 8-2 down on Friday evening, this team is no joke, and I’m sick and tired of it being spoken of as a joke.

“We love this event, and we love our team, and we cannot wait to run this back and have another shot.”

There was much chatter this week about how the Presidents Cup format and setup needs to change. Infinite possibilities were dangled and mentioned as possible “solutions” to an event the United States has dominated. Though I could be talked into a mixed team event, the Presidents Cup is fun and good because the setup is absolutely perfect. As long as the International team maintains the baseline of competitiveness it has displayed over the last four Cups, the structure of events like this one does most of the heavy lifting.

And if you are in fact a statistician or data nerd and can’t shake the fact that this Presidents Cup (like many other blowouts) was never truly in doubt even if it felt that way, there’s good news for you as well. It seems the tide has turned on continuity and galvanization in the International team room. Now they, like the U.S. a times in its past, just need to plug in some future stars.

“It still hurts not to win,” said Adam Scott. “I think the big difference I felt the last couple years is what’s going on in our team room, what’s going on between the captains and the players, the caddies, everybody involved on our team. I think good things are really starting to happen in that environment.

“Once some of these players who sit here for the first time or the second time start playing a few more and teams, that bond forms over years, I think we’re not going to leave here disappointed. A Cup is coming our way soon.”

When they do find those additional stars, this event is going to be more interesting (and perhaps competitive) than it has ever been. And even if it’s not, it’s likely going to continue to feel that way, which for us as sports fans, is all that really matters. 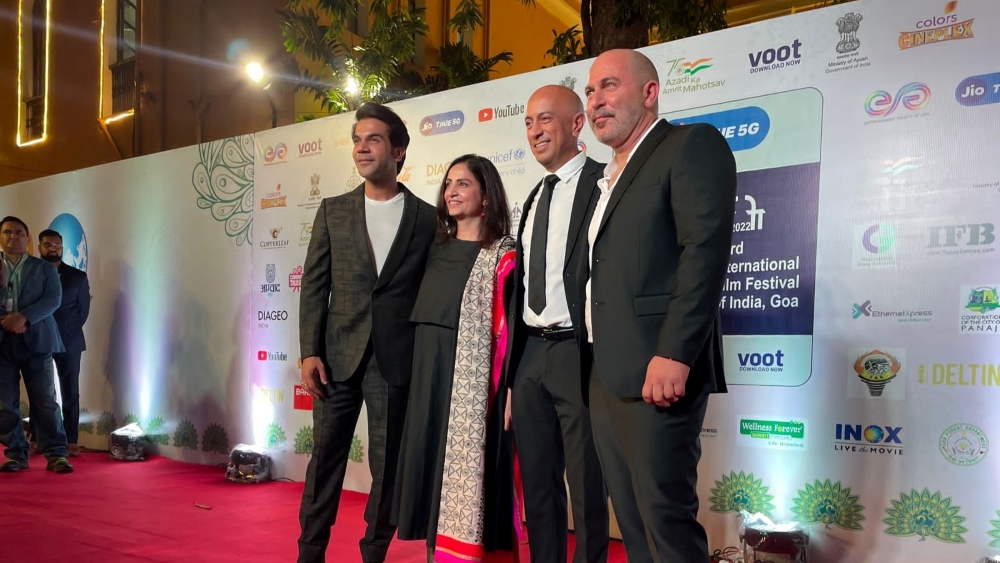